That Sharp Naija Guy: 5 Things To Know On How To Properly Keep A Sidechick

Allo ah, so yeah the love doctor is back this week with new salient tips on how to keep a Sidechick without, the Main Chick find out nor the does the Sidechick suspect that she is just a Sidechick.

Though the love doctor loves women and is a preacher of acting accordingly in a relationship, treating your woman right and loving her unconditionally. But I would just be a hypocrite and a pretender who as chosen to cast a blind eye to the truth.

Read Also: That Sharp Naija Guy: 5 Guy Code That Must Always Be Upheld; Brethren Over Wenches

Yes guys/men have always had Sidechicks and would continue to, so I have taken it upon my self to advice guys on how to maintain both sides until they are ready to pick or meet the woman of their life that completes them, but before then these are the 5 tips to know and use to successfully keep a Sidechick;

If you like a girl, but she doesn’t yet qualify as the main chick or you have a main chick and you want to keep this new girl on the side, then don’t let her meet your friends or get involved with your inner circle. 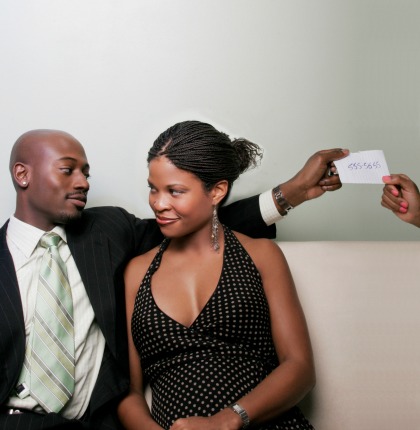 2. Be Careful With Photos Of Both Of You

Photos are very incriminating and are a very strong piece of evidence, so when you’ve a Sidechick and you both go out she would at some point want to take pictures with you, so be careful if you can help it avoid taking pics with your Sidechicks or take the pictures in ways that are less suspicious and when you do keep them in places where they can’t be found or seen easily.

So don’t allow her to take selfies with you and warn her not to repost any of this post on social media.

Married couples are even advised to go on dates to spice up their relationship. Within the first six months of dating, couples who have spent more time together would know that going out together and having fun together as well is very important. The advice here never take your Sidechick to somewhere your Mainchick could go to have fun too.

Also Read:  Shut Down The Party Season In These Elegant Aso Ebi Styles

Open up to her more, don’t lie about things say very little make her feel comfortable, make her feel she is the main girl, then all of a sudden reduce the connection again pull back then restart it all over again.

There are some nights that things might get steamy and one thing will lead to another. If you really like someone, there is no big deal to sacrifice a night sleeping in your bed.

However, if she never spends a night in your bed, it’s because you’re not exclusive. This is what makes a difference between a girlfriend and a side chick.

‘We Demand The Immediate Withdrawal Of Russian Troops From Ukraine…’ -Russian Politicians Turn On Vladimir Putin As They Demand End Of War In Ukraine...

‘We Demand The Immediate Withdrawal Of Russian Troops From Ukraine…’ -Russian Politicians Turn On Vladimir Putin As They Demand End Of War In Ukraine...