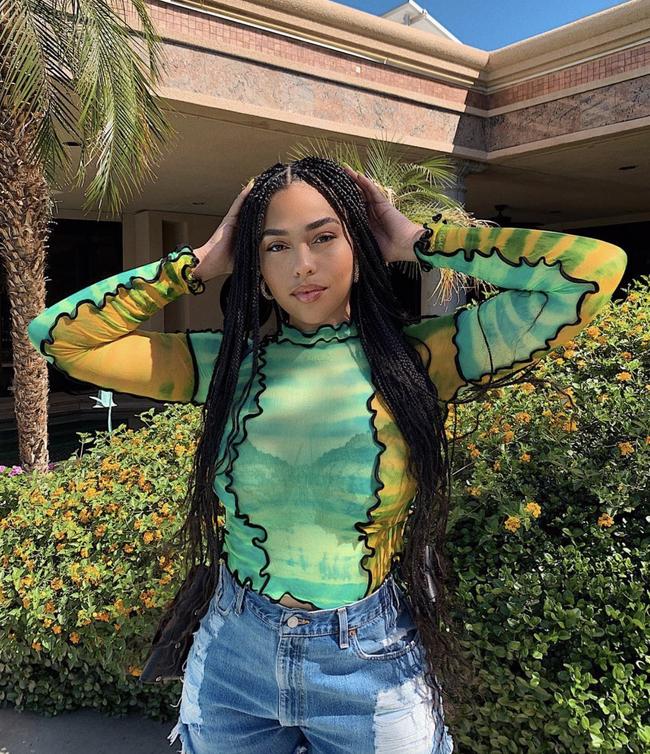 Jordyn Woods attempts to put the Tristan Thompson cheating scandal behind her, the model showed up to the first day of the prominent Southern California music festival on Friday and made a surprise visit onstage during her close friend Jaden Smith‘s performance.

For the surprise appearance, Woods, 21, wore a long-sleeved, frilly, sheer green and yellow shirt, high-waisted denim shorts, and a pair of mid-calf boots. She also had her long hair in braids and accessorized the look with gold hoop earrings and a black satchel. 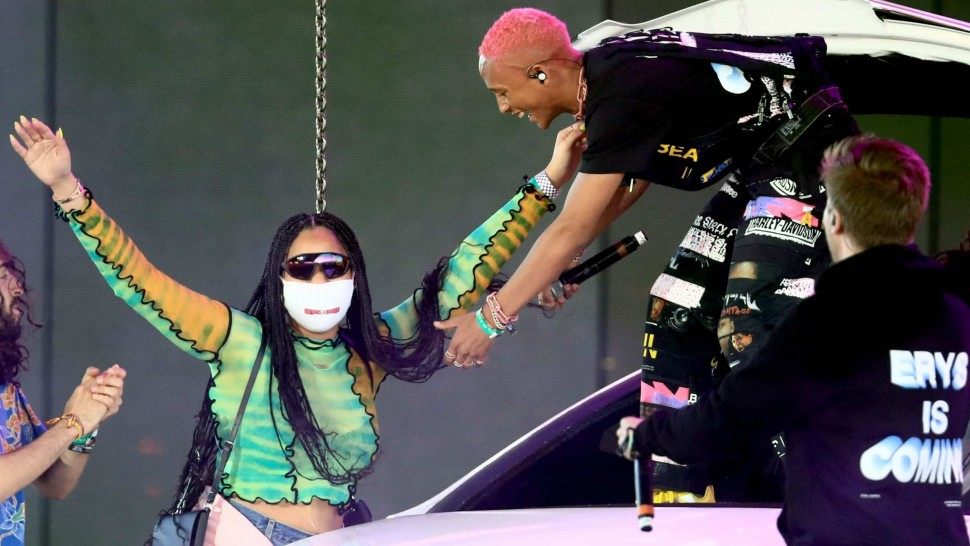 While on stage with Jaden, 20, Woods added to her festival-themed attire by tying a pink sweatshirt around her waist and kept her identity somewhat shielded by wearing a pair of dark-shade sunglasses and a white mask that covered her nose and mouth.

Though her appearance was brief, the model danced with her arms in the air as Jaden stood on top of the white Tesla that was part of his set. Also joining the pals onstage was Jaden’s sister Willow Smith, who wowed the audience with an opening aerial stunt before joining Woods and Jaden next to the Tesla. Once she was done, Woods exited the stage surrounded by security – but made sure to wave to her fans on the way out, which was captured in a video by a Twitter user. 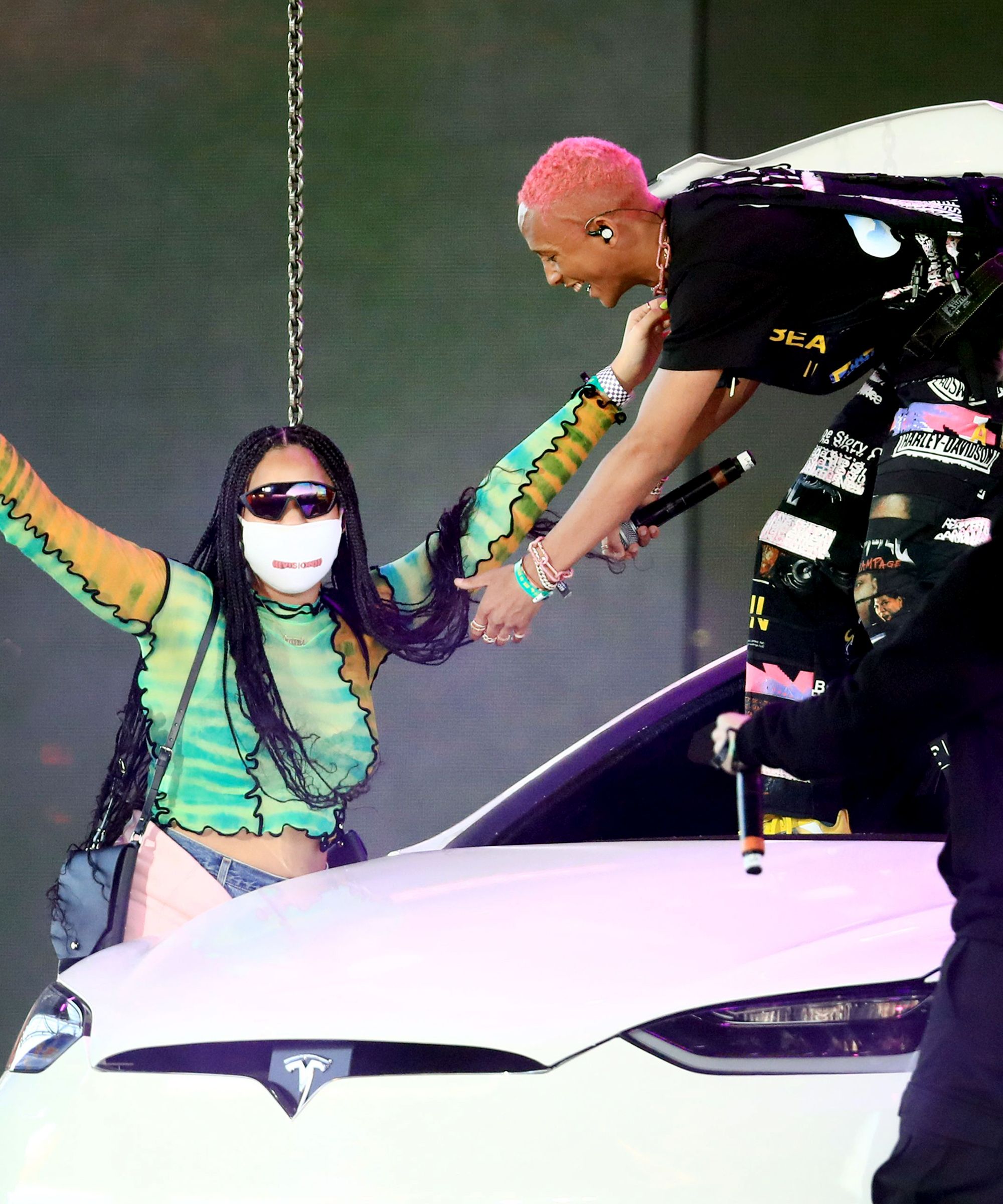 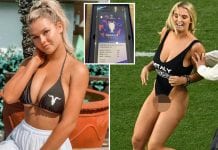 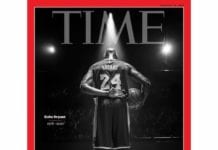 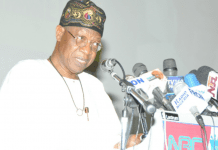 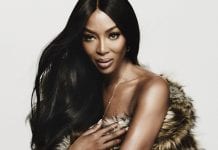 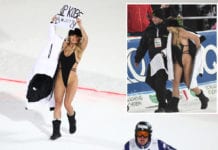 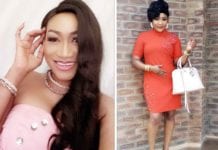 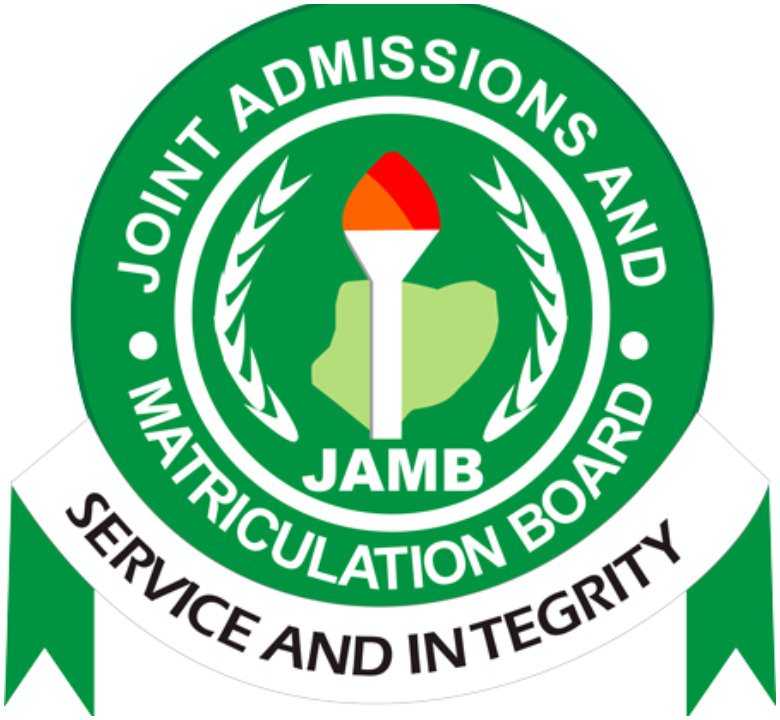 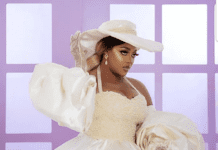 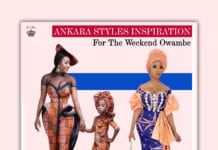 Janelle Monae Comes Out As Pansexual 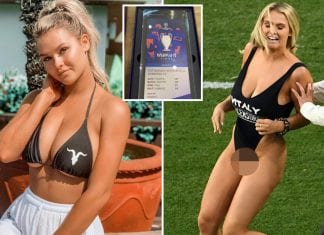 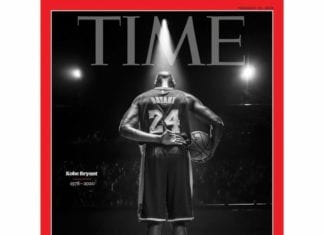