Iroko TV founder, Jason Njoku has replied a social media troll who dragged him for his children’s inability to speak his native language, Igbo.

Jason had come under fire when he took to Twitter to announce that he was teaching his kids French and Mandarin, proudly stating that they can’t speak Igbo and it’s okay. “My children are currently learning French. Mandarin will be up next. I intend for them to develop this over the next 10 years. They can’t speak Igbo (neither can I). Its okay. The world won’t shake from its foundations.“ 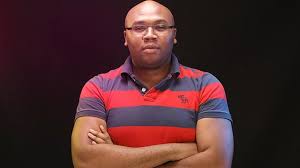 Troll, however,slammed him, noting that he had been brainwashed by the colonial masters, and that his kids will sooner or later regret that they cannot speak the language. Replying the troll, Jason penned down a long details of the journey to his inability to speak Igbo, likewise his children. See conversation below:

If You Believe I Mocked Pastor Adeboye, You Are A Fool – Vector

How To Make Rougaille, The Mauritian Tomato-based Stew

Some People Are Mercilessly Against This Country – Buhari

“I Was Arrested And Beaten, They Made Me Deny I Am Gay” – Uche Maduagwu Narrates How Government Security Tortured And Broke Him

I Am 1000% Gay – Uche Maduagwu Confirms His Sexuality Again

“Being Single Is Not Easy, I Need A Man” – Crossdresser...

Serve Glam And Poise With These Elegant Ankara Styles

Give Them Irresistible Aso Ebi Fashion In These Gorgeous Styles

KOKO - May 7, 2021
Scores of the Indigenous People of Biafra (IPOB) members have been killed in an encounter with the police in the Orlu area of Imo...

Pregnant Woman Slumps After Akeredolu’s Aide Slaps Her For Not Standing...

“If Nigeria Is A Nation Where Honour And Integrity Is Valued,...

Afaka Abduction: This Is War, We Were Ready To Lose Students...

Fiyinfoluwa Phillips - May 4, 2021
It is super hot in here right now and the one person we all blame for this is media personality Toke Makinwa who is...

Lizzo And Her Besties All Go Ultra Sexy Nude For Her...

Aunty Aurora, My Father’s Rich Friend Is My Secret Lover And...

Aunty Aurora, My Husband Is Marrying My Best Friend And I...

Aunty Aurora: Why Would My Fiancé Keep His Daughter A Secret...

Aunty Aurora: Help! I Think I Might Be Possessed By A...

Aunty Aurora, I’ve Been Having Hot Lockdown Sex With A Married...

If You Believe I Mocked Pastor Adeboye, You Are A Fool...